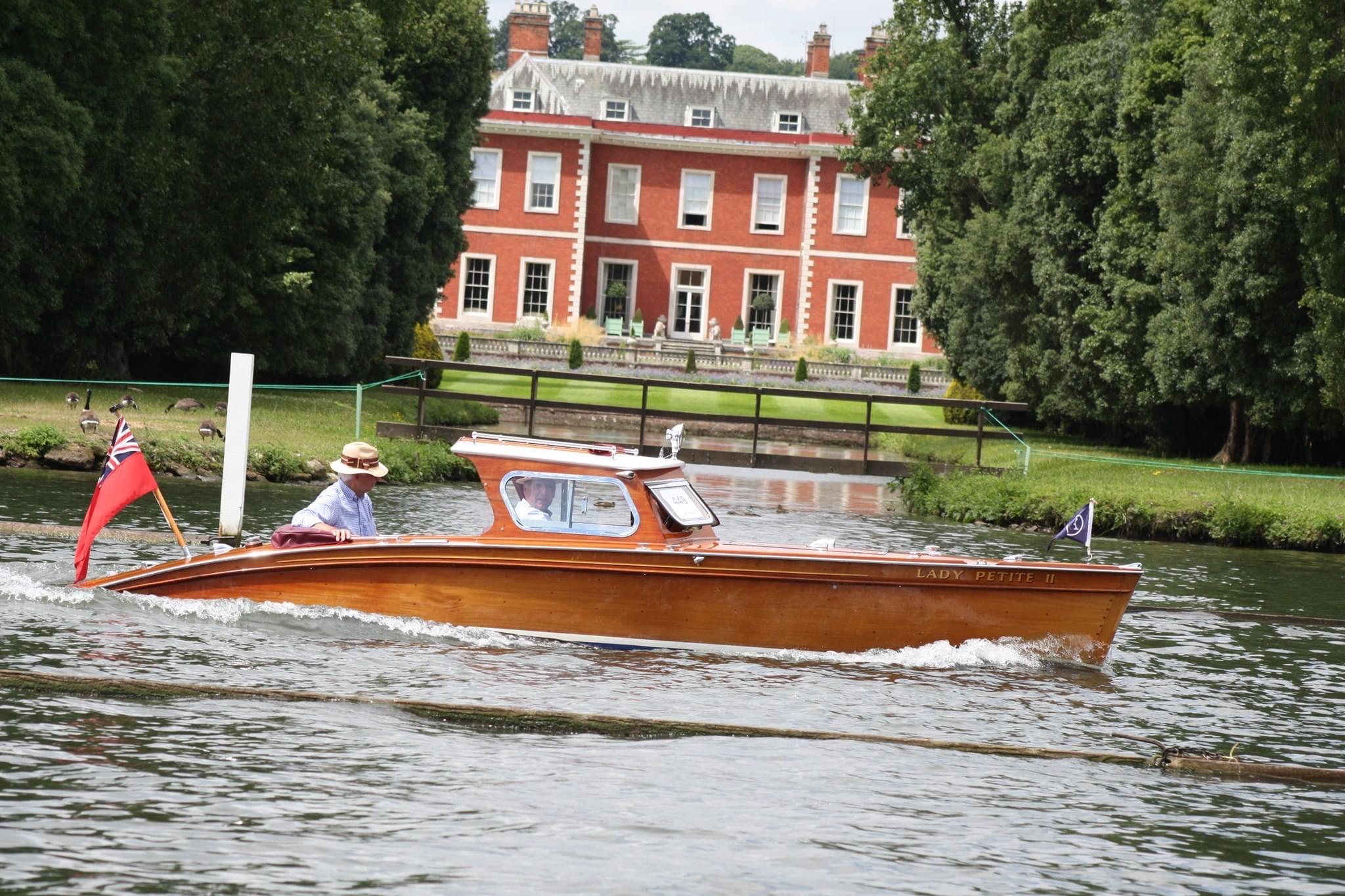 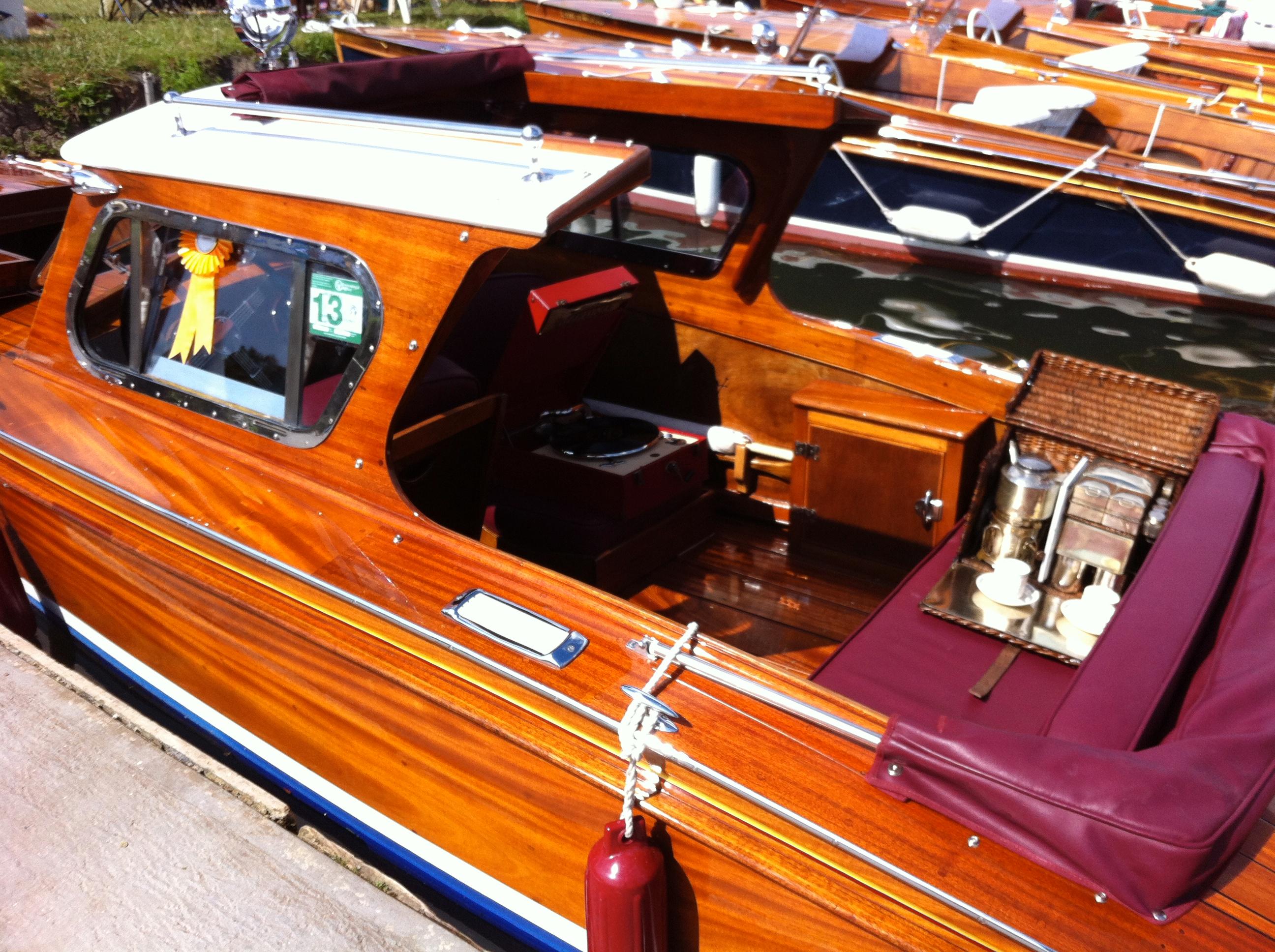 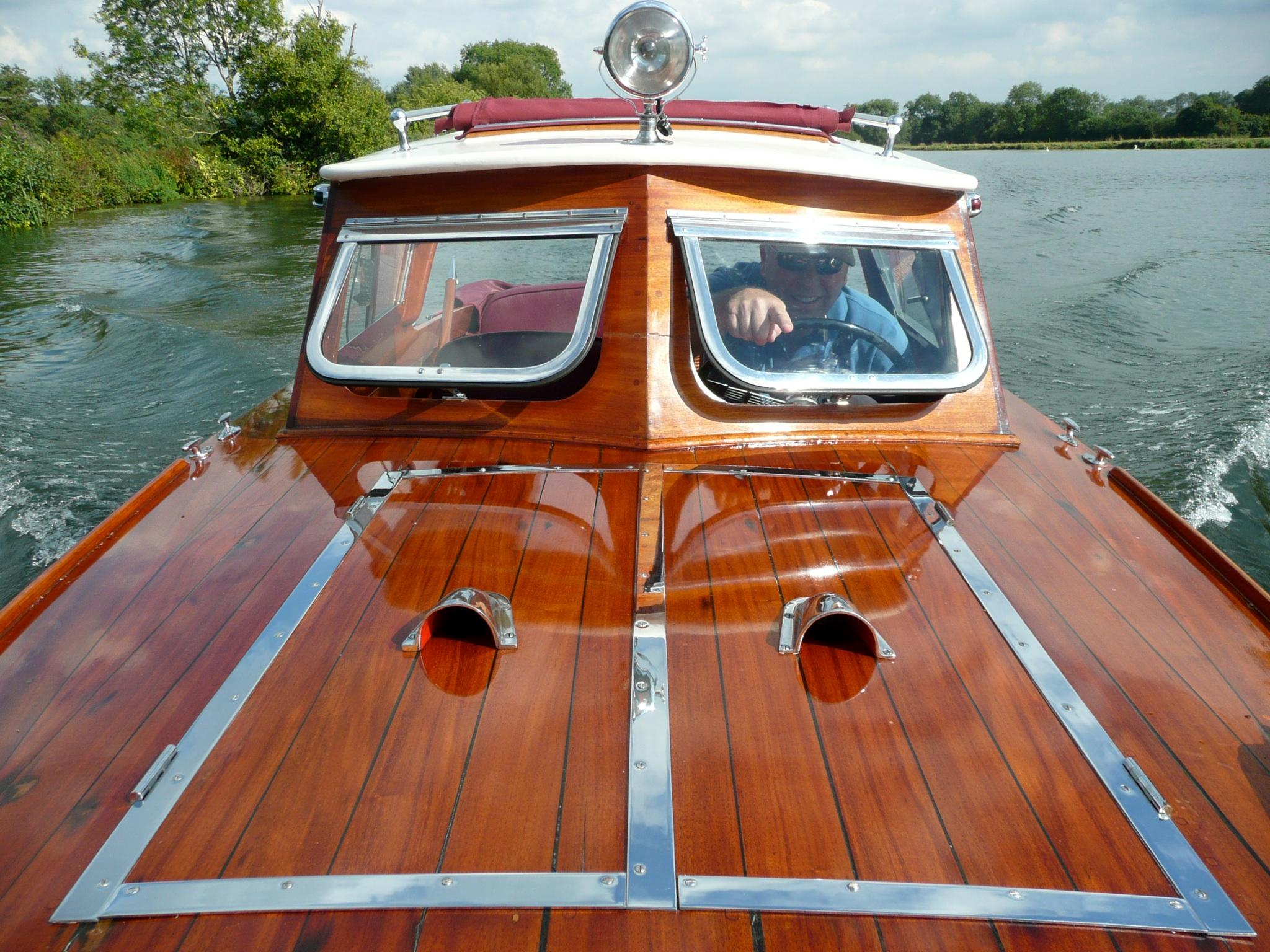 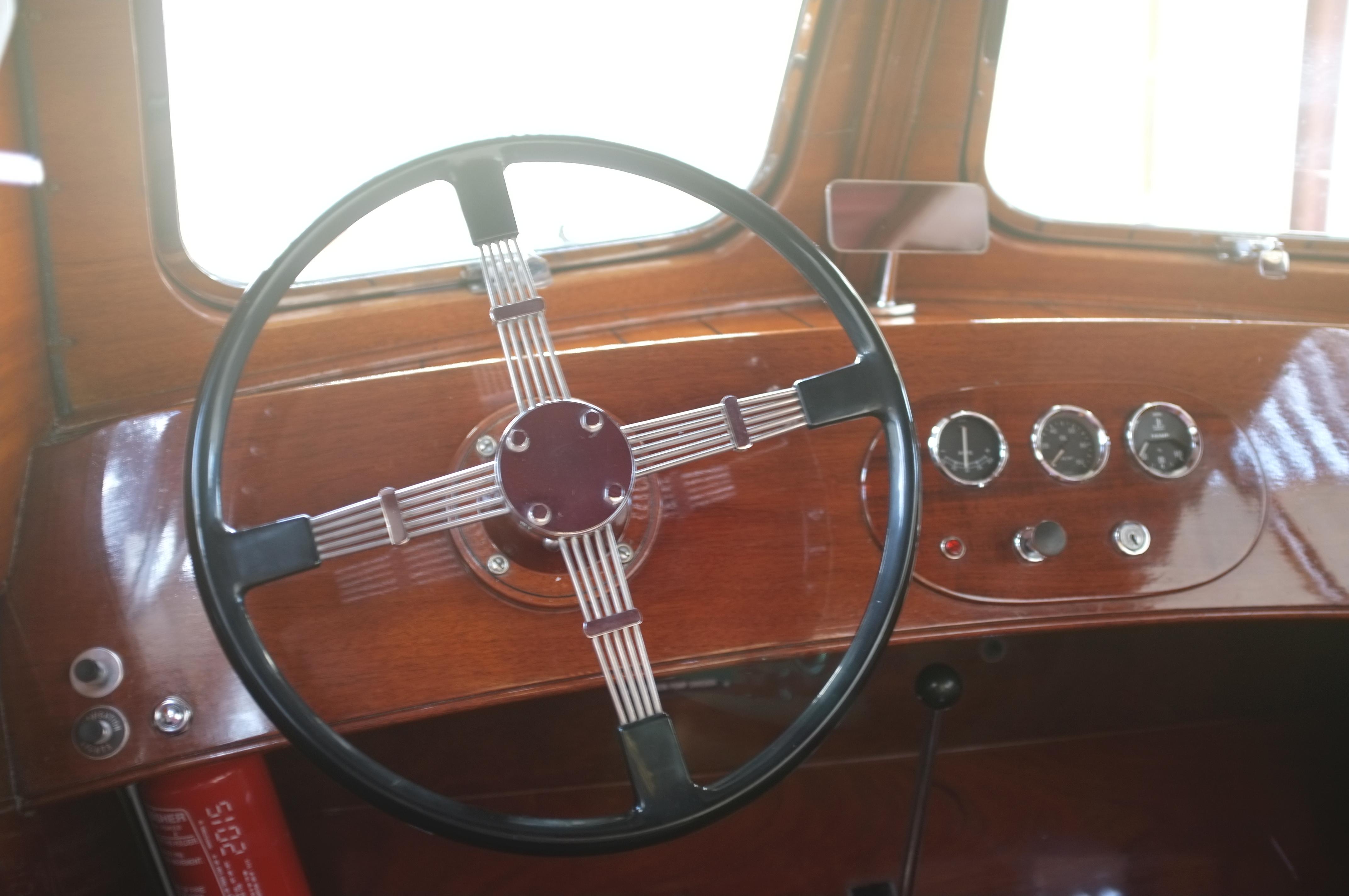 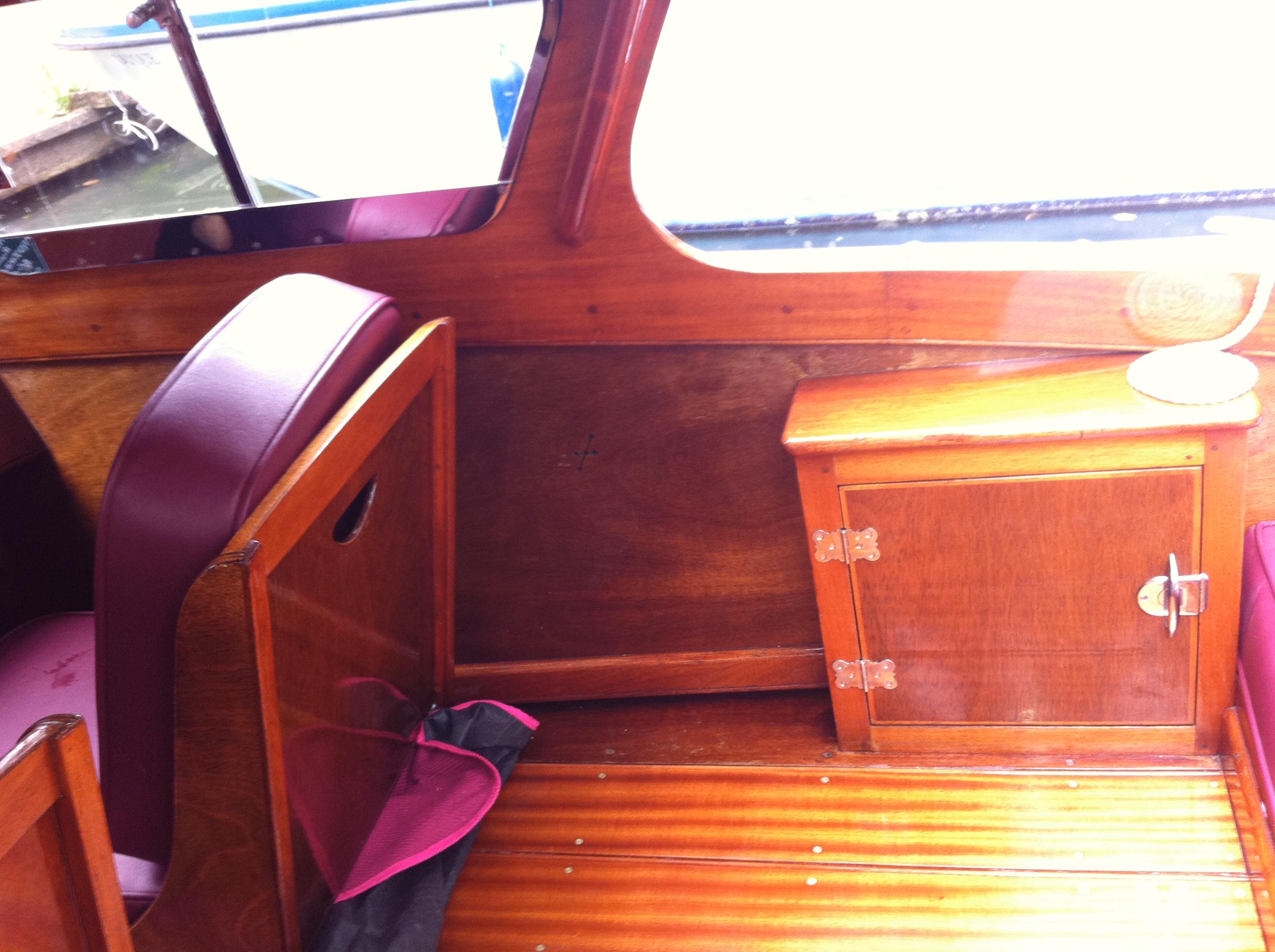 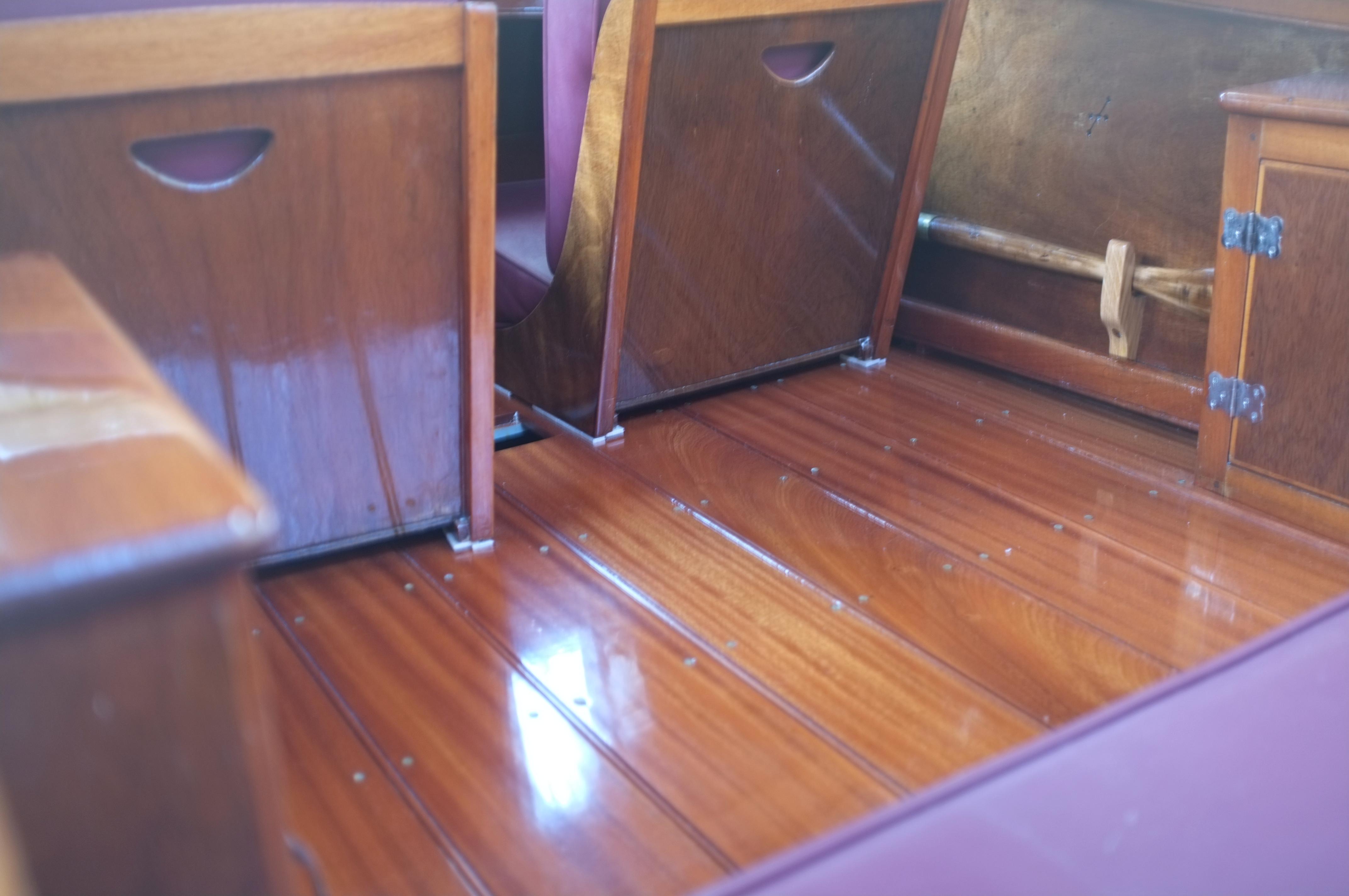 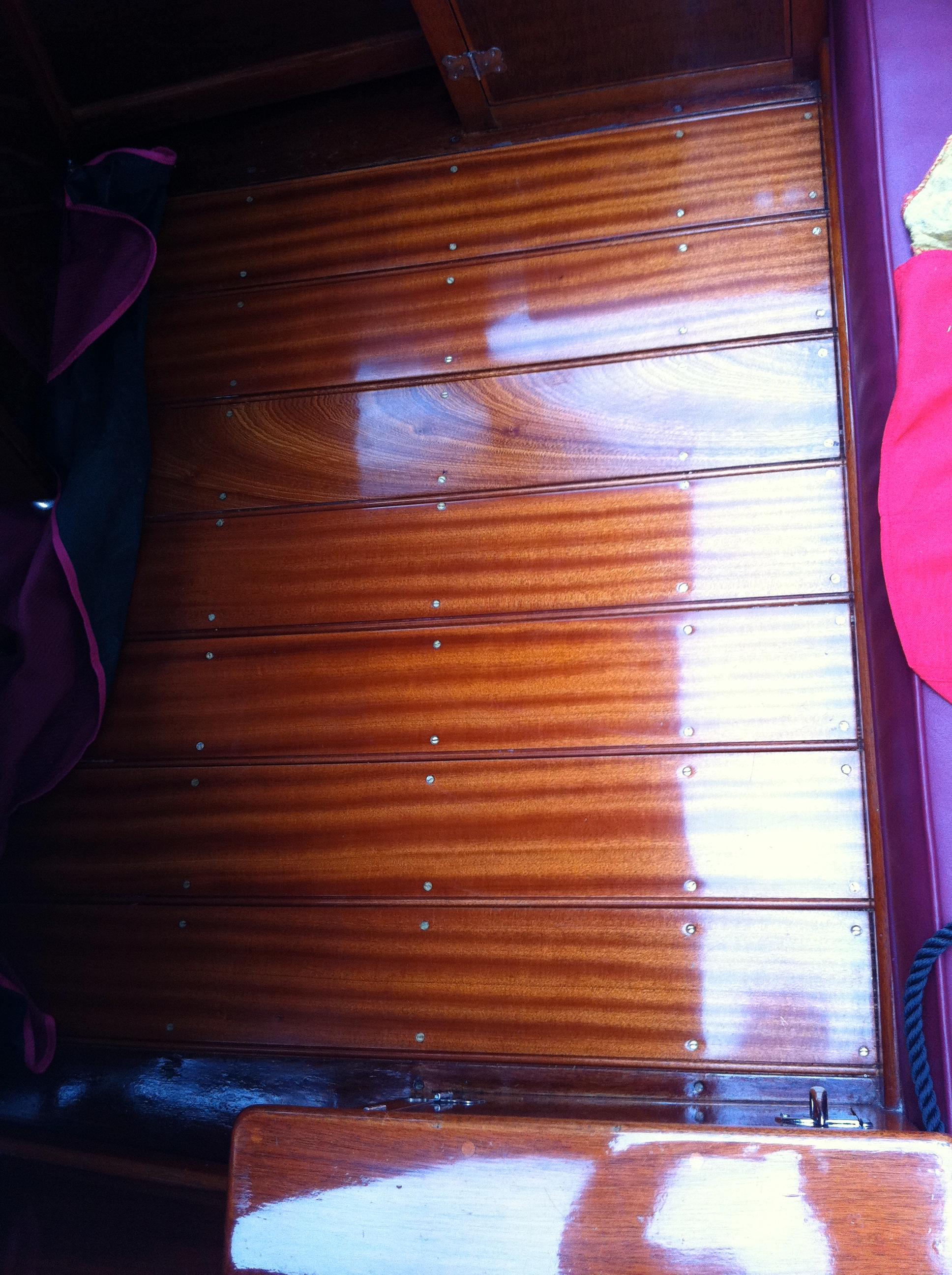 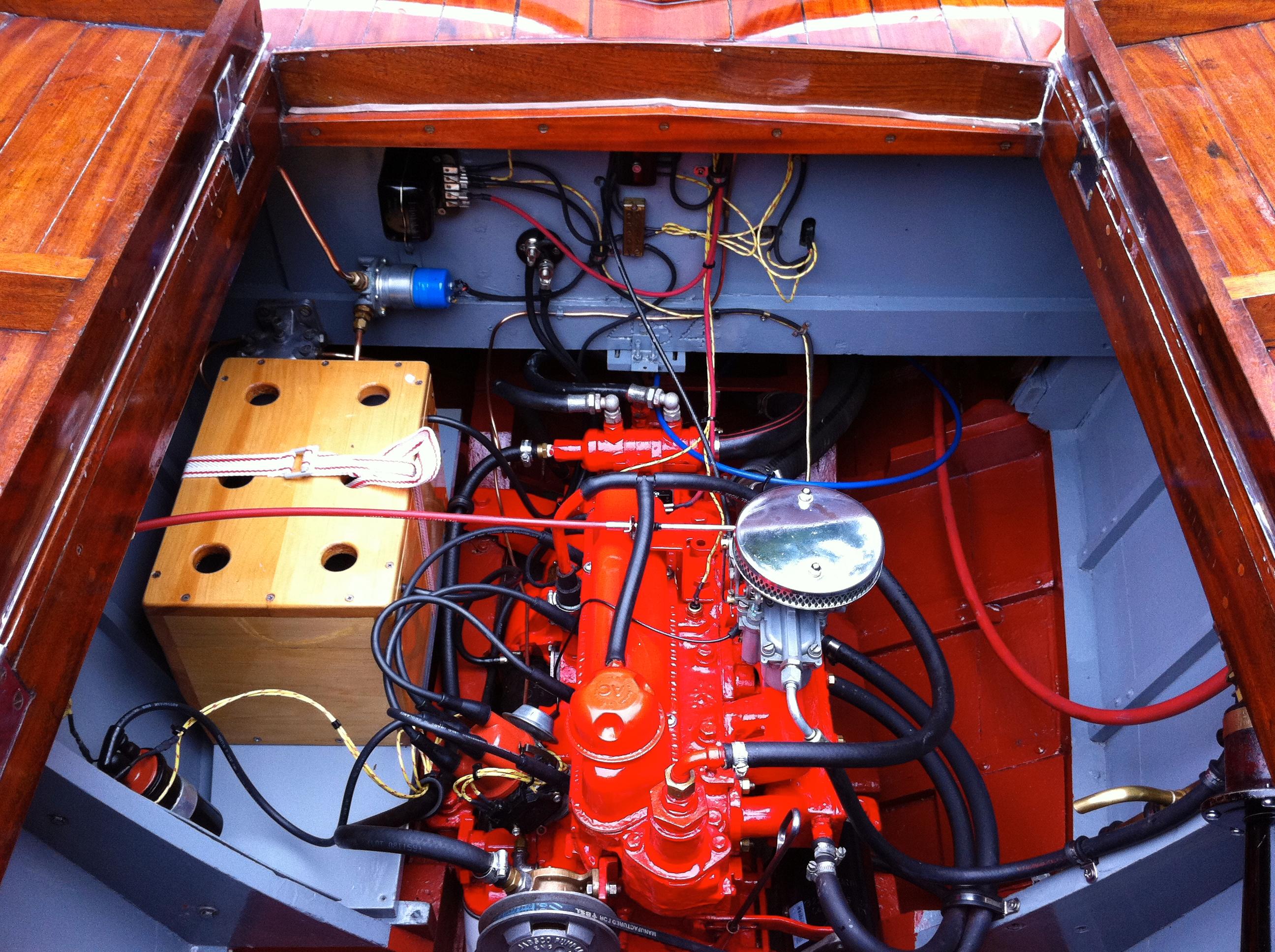 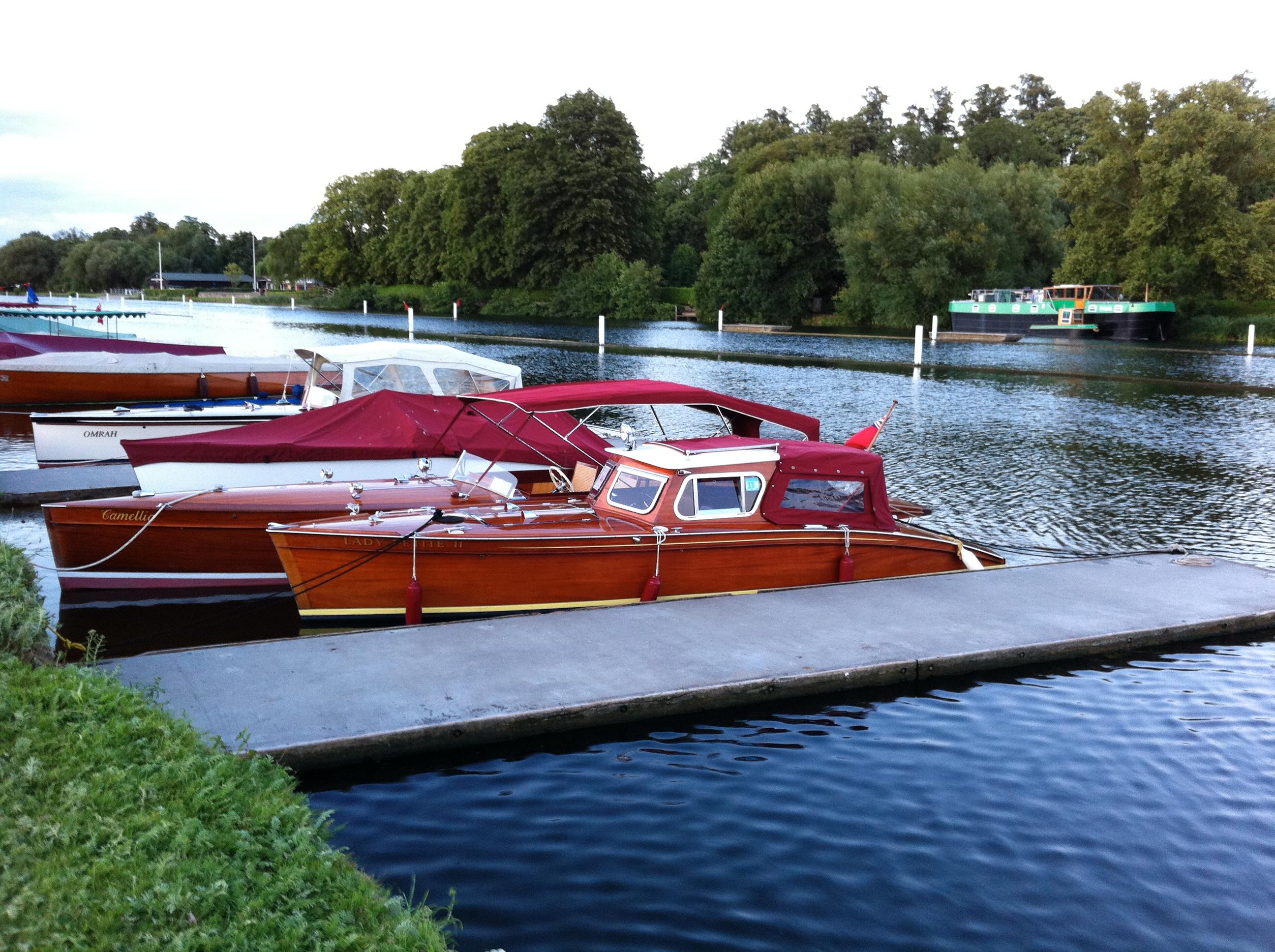 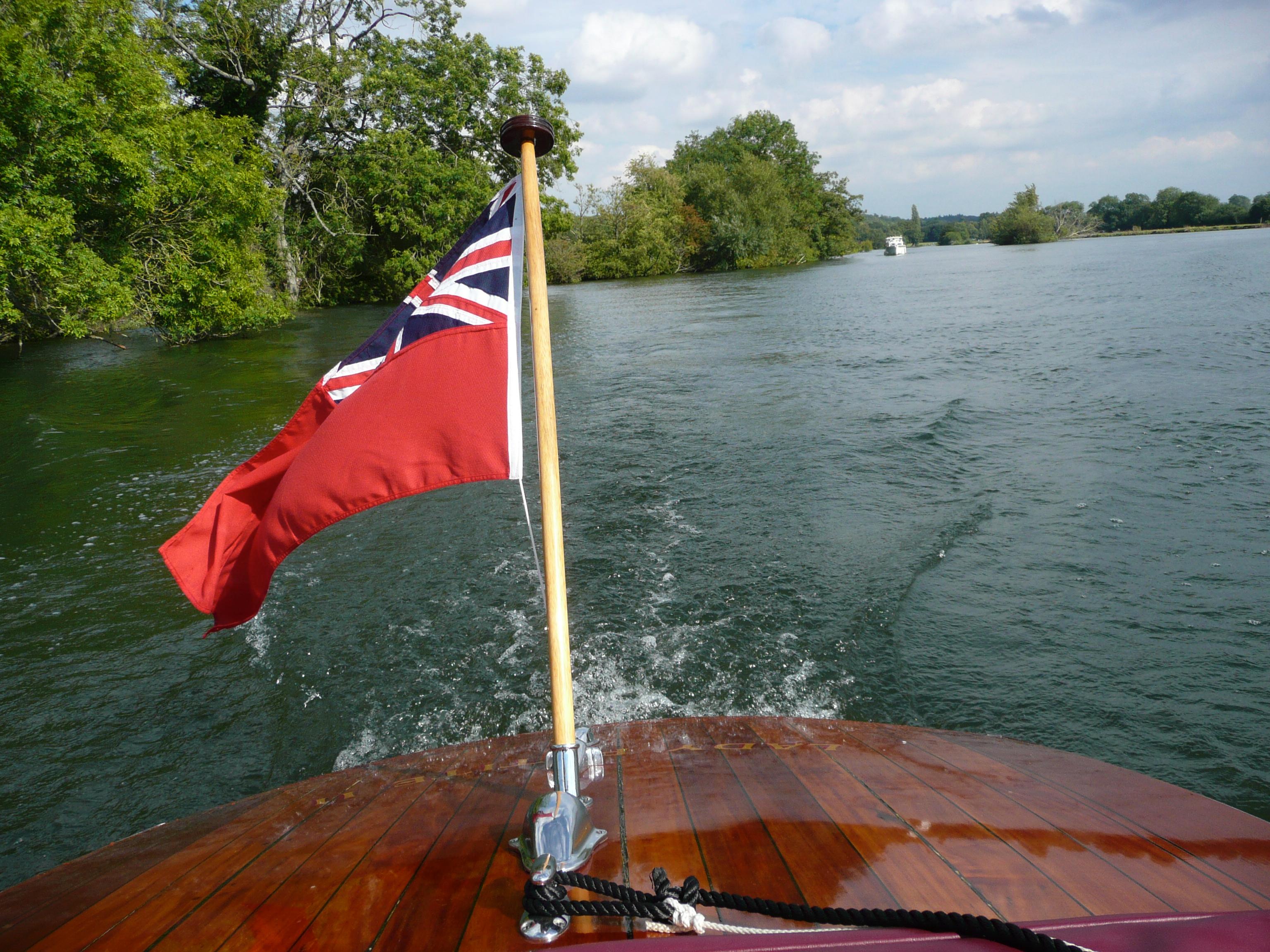 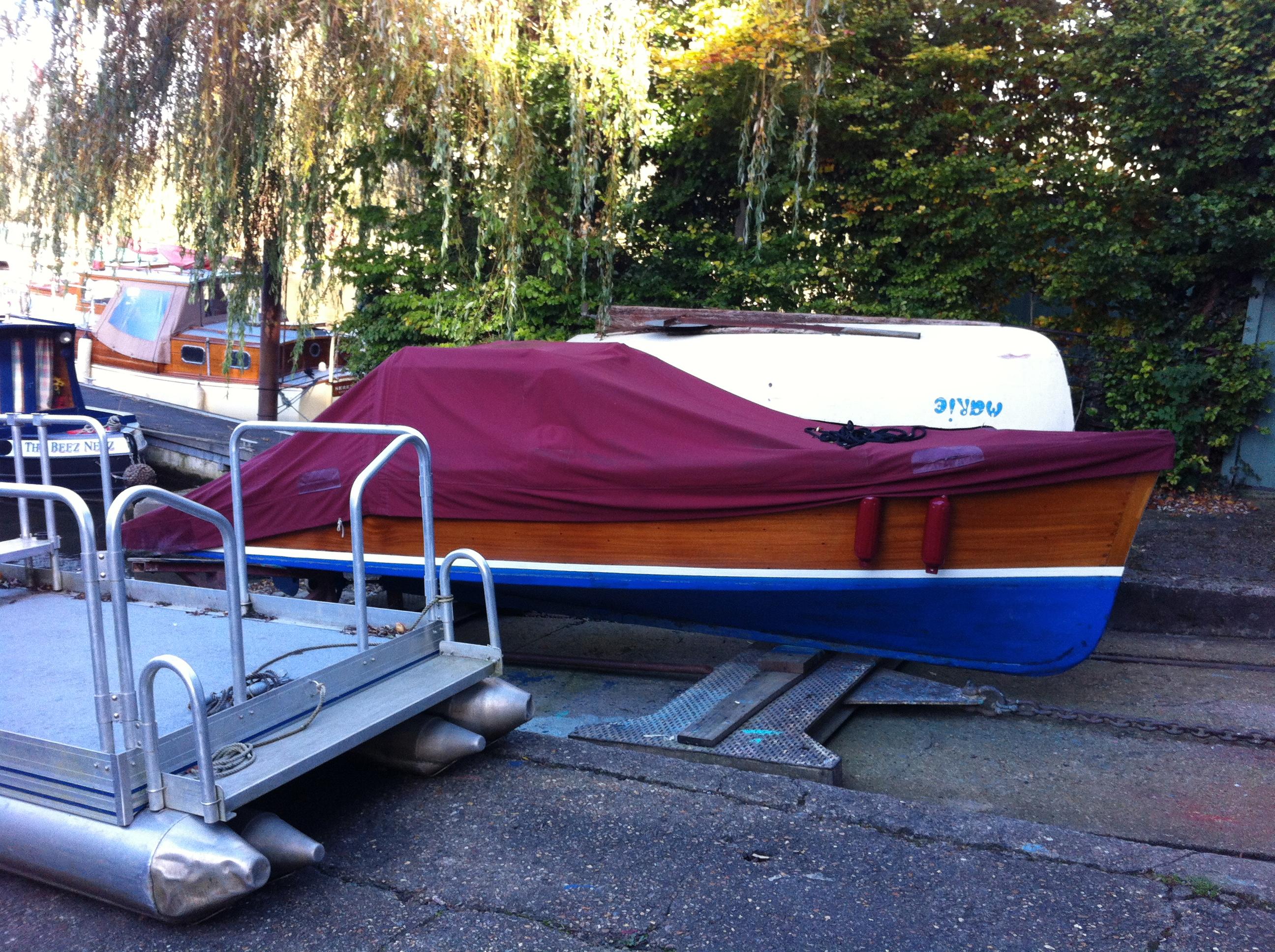 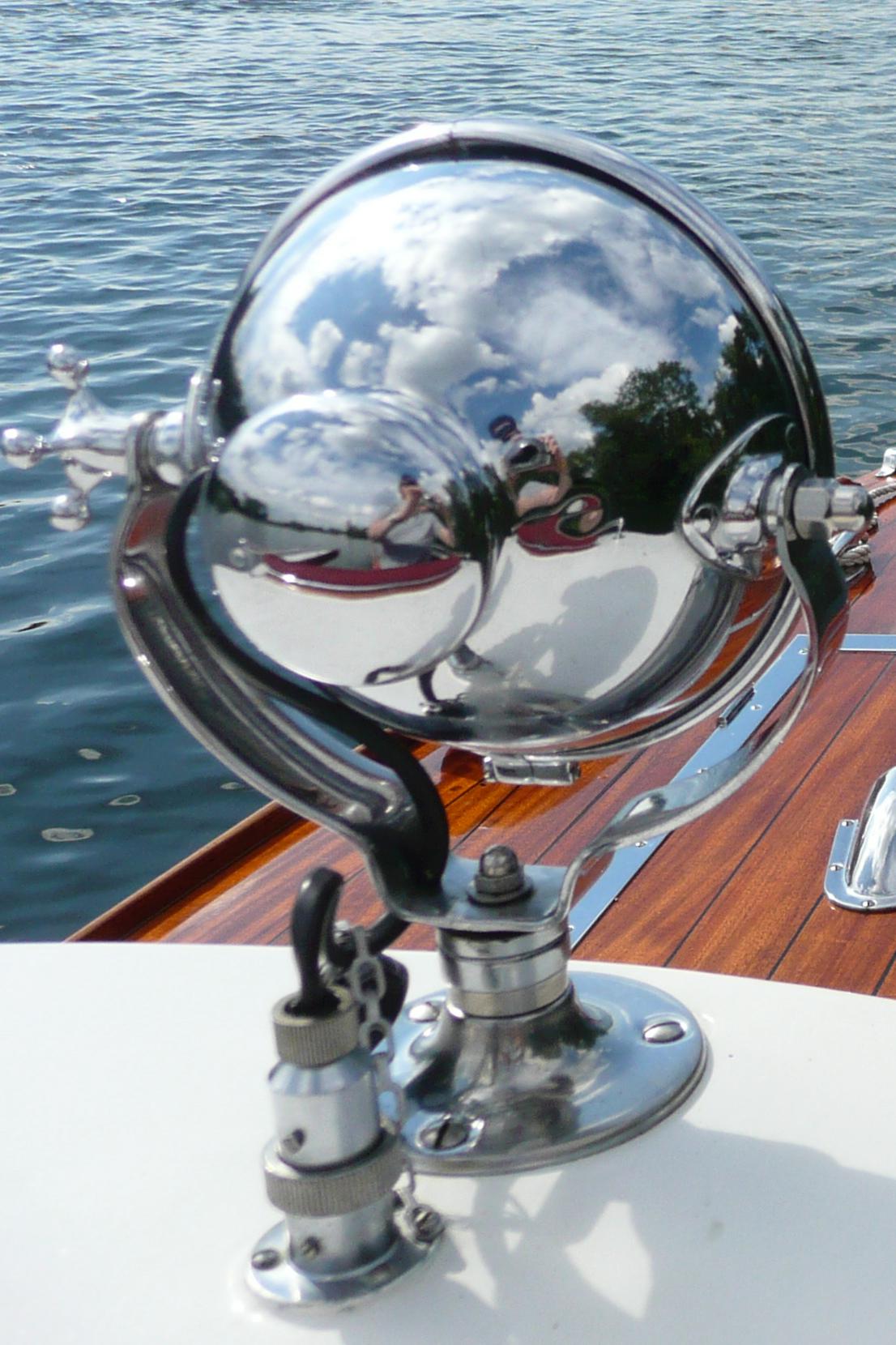 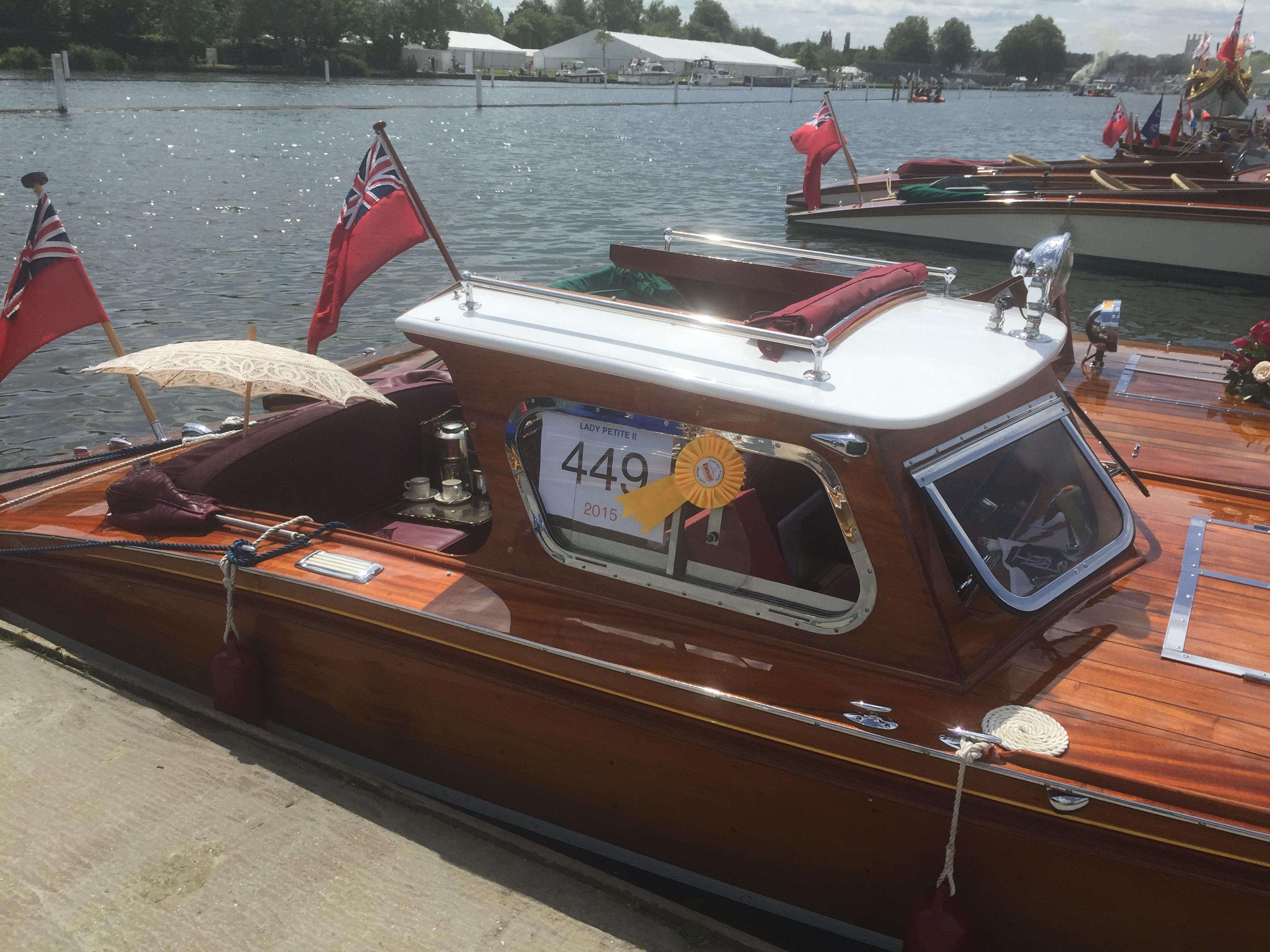 Tour the boat before you buy without leaving the comfort of your home!

Enquire
Back To all Boats 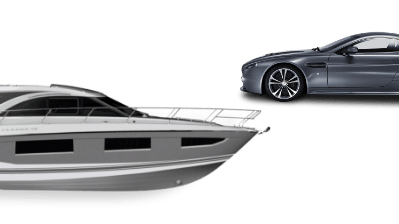 Andrews Greyhound Slipper Launch, 1969.  Absolutely stunning vintage slipper launch which has been meticulously restored and maintained.  1 of only 3 of this model and the only one to have a fitted wheelhouse.  History and receipts going back to the 1970’s.  This beautiful launch had won awards in her past and present ownership.  Viewing by appointment only, call 01473 225710

Lady Petite II, No. 484, is the second of three 20ft greyhound slipper launches built by Andrews Boathouses in Bourne End. She was built with her wheelhouse to a commission by her original owner. She is unique, being the only 20ft Andrews Slipper launch with a wheelhouse.

The current owners are lucky to have the history for Lady Petite II, including original specification documents, the Provenance report by Neil Garside and all sorts of receipts, going back to the 1970s.

She won the Thames Traditional Boat Rally Andrews Trophy two years running, in 1989 and 1990. Since in her current ownership, she’s won this prized award twice more, as well as the inaugural Ford Trophy.

She is also a TV star, having featured in the children’s programme Educating Marmalade, Episode 6, “Marmalade in Venice”, which first aired on 29th November 1982.

Whilst this launch was in great condition when purchased in 2010, the current owners are perfectionists so the launch was treated to a detailed check through and maintenance programme.

Lady Petite II is currently stored inside. With the Covid-19 situation, the owners believe it’s wiser to keep her inside rather than on a mooring.

The Company offers the details of this vessel in good faith but cannot guarantee or warrant the accuracy of this information nor warrant the condition of the vessel. A buyer should instruct his agents, or his surveyors, to investigate such details as the buyer desires validated. This vessel is offered subject to prior sale, price change, or withdrawal without notice.

Sign up for all the latest news, new arrivals and offers

Thank you for your enquiry

We will be in touch soon.